U Must Be Cinderella!

Inside College Basketball's Greatest Upset Ever and the Audacious School That Pulled It Off.

Rolling out a new book in the midst of a global pandemic: savvy marketing move or colossal blunder? We’ll see soon enough. But just in time for March Madness comes “U Must Be Cinderella!” the inspiring story of the little-known University of Maryland, Baltimore County Retrievers, who pulled off what might be the greatest sports upset ever during the 2018 NCAA men’s basketball tournament.

Available on Amazon.com or your favorite online bookseller.

"A stirring chronicle of the singular basketball team that made bracket-busting history and thrilled a nation." - Hall of Fame broadcaster Jim Nantz

"What UMBC accomplished in 2018 was one of the most remarkable college basketball stories I've ever witnessed. Kevin Cowherd takes the reader inside that season with his detailed reporting right up until the 'shock and awe, ' moment when the Retrievers became the first 16th-seed to EVER win an NCAA Tournament game." - John Feinstein, #1 New York Times best-selling author, sportswriter and sports commentator 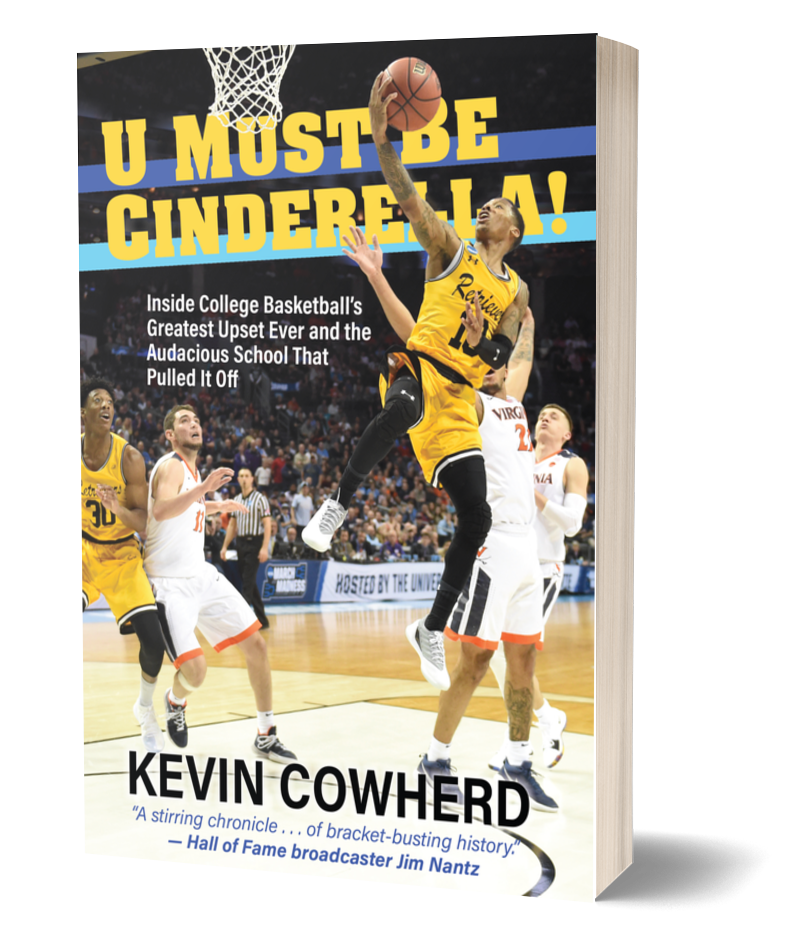