The Opening Act: Comedy, Life and the Desperate Pursuit of Happiness.

Ever since he was a kid, Larry Noto dreamt of being a comic. And eventually his dream of a career in standup came true . . . sort of.

But while he’s been lucky to hone his comedy chops with the greats, Larry admits he never really went for it. Never moved to Manhattan or L.A., never played every soul-sucking open-mic night and 1 a.m. gig in front of 50 drunks, hoping it would be his ticket to success.

That’s what this book is about, too. It’s about having a dream, getting a taste of it, but always knowing you weren’t willing to risk it all to get to the veery top.

It’s about finding happiness in what you’ve accomplished, versus dwelling on what you haven’t.

It’s about discovering a life purpose and defining success Based on that – not the judgment or perception of others.

It’s about remaining The Opening Act – and finally finding a quiet joy in oneself. 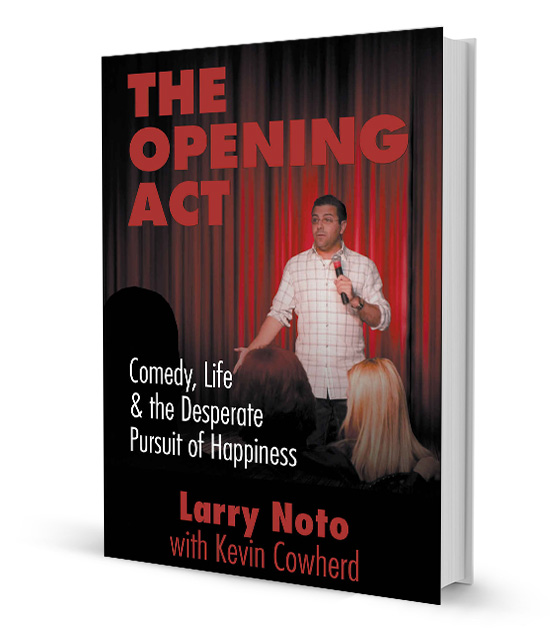