For nearly four decades, Gary McLhinney was in the forefront of the fight against crime in one of America's most dangerous cities. In this riveting new memoir, he recounts his decision to forgo the family business of firefighting for the thrill of "chasing bad guys down alleys" as a cop, his years working alongside the brave men and women of the Baltimore Police Department, and how the tragic line-of-duty deaths of so many of his fellow officers-and the needs of their grief-stricken families-eventually spurred him into serving as the longest-tenured head of the police union.

Here, too, is the story of his days as chief of the Maryland Transportation Authority Police, the agency that protected the Port of Baltimore, BWI Marshall Airport and the state's bridges, tunnels and toll roads in the tense years following the 911 terrorist attacks.

Decrying the anti-law-enforcement mood so pervasive in this country, he also offers new thoughts on how the criminal justice system often fails to stand up for the victims of violent crimes, and on the essential, unequivocal truth that one can be pro-police and anti-racism at the same time.

Available on Amazon.com or your favorite online bookseller. 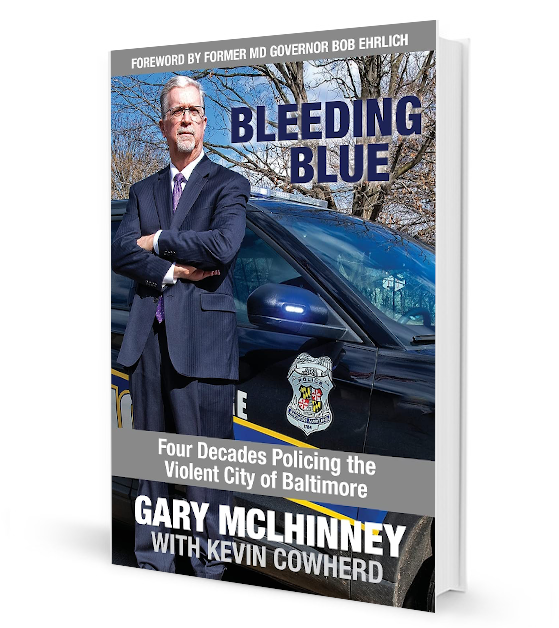